When the news of Josef Merten's death was spread, many people said, "We cannot believe it".

However, the unbelievable happened on the 27th August 2008 in a glider accident in the French Alps, near Gap. All we know at this time is that Josef did not survive the accident. The news was also difficult to believe, because Josef had been actively engaged for many years in the improvement of sailplane safety. 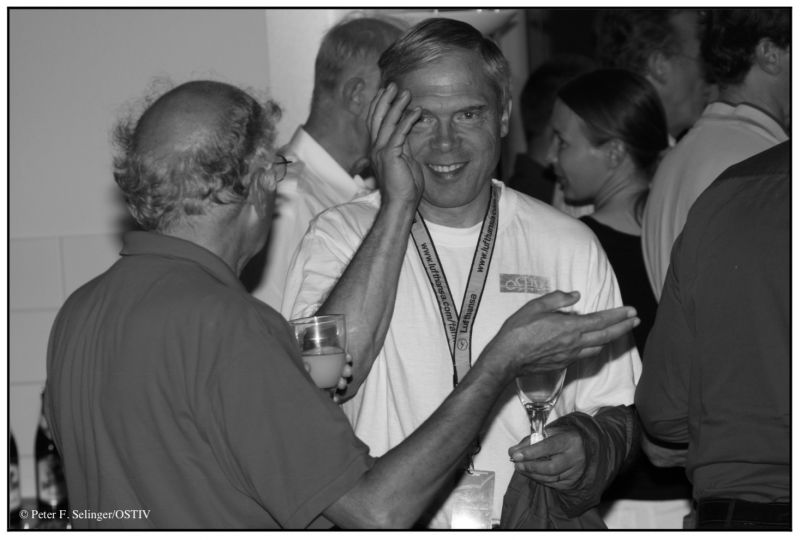 Josef was born on the 6th August 1946 in Aachen, Germany. After completing his High School Diploma, he studied aircraft design at the Technical University, Aachen. He received his Dr.-Ing. (PhD) with Honours in 1984. Already, during this University period, he was an active member of the traditional student organisation, the Akaflieg. This organisation designs, builds and tests novel sailplane designs. His nickname, "Mupp", dates back to this time.

After completion of his scientific training, Josef joined Airbus Industries in Bremen, and worked there in several different management positions. His projects involved theoretical and practical investigations concerning sub-sonic and super-sonic aerodynamics of aircraft and spacecraft.

In the year 2000, Josef was offered a post in teaching and research in the field of fluid dynamics at the University of Applied Sciences, Aachen. He thus returned to Aachen, his beloved place of birth.

His work included giving regular lectures and examinations, and administration. However, he saw his special task as taking intensive care of his students. Making use of his extensive experience of teaching and industry, he coached students over countless seminars and final theses. He also led the practical wind tunnel exercises. He was always approachable by his students.

In parallel to his teaching, Josef was also interested in the improvement of the aerodynamic performance of aircraft. He performed research on mini-flaps for control systems, managed the design of a flying wing aircraft, and worked on nano-coatings for drag reduction.

He produced excellent opportunities for his students to establish contact with future potential employers in the aerospace industry, airline operators, and the German Aerospace Centre DLR.

He was a passionate sailplane pilot and flight instructor, and so knew how to stimulate enthusiasm for work with full-size aircraft. He was the co-initiator of the "Flight Exhibition Week" which made it possible for his students to learn and to train in flight testing. He opened the door from purely theoretical university studies out into the real world. His students became members of the scientific boards of the flying groups FVA and FAG in Aachen.

At this time, Josef joined OSTIV. His experience and knowledge, and his always good tempered energy, was greatly appreciated by the Sailplane Development Panel. His work focused on the safety of sailplane pilots, and he was a member of the OSTIV Crashworthiness Monitoring Group. This Group set itself the goal of improving pilot safety by developing safer cockpits, through studying the mechanics of damage in landing accidents.

We mourn his loss.

This memorium was prepared by many OSTIV friends who knew Josef Mertens and appreciated him. Translation kindly prepared by Antony M. Segal and Hans Speck.