We have received the sad news that Prof. Dr. rer. nat. Richard Eppler passed away on 25 November 2021 at the age of 97 years. 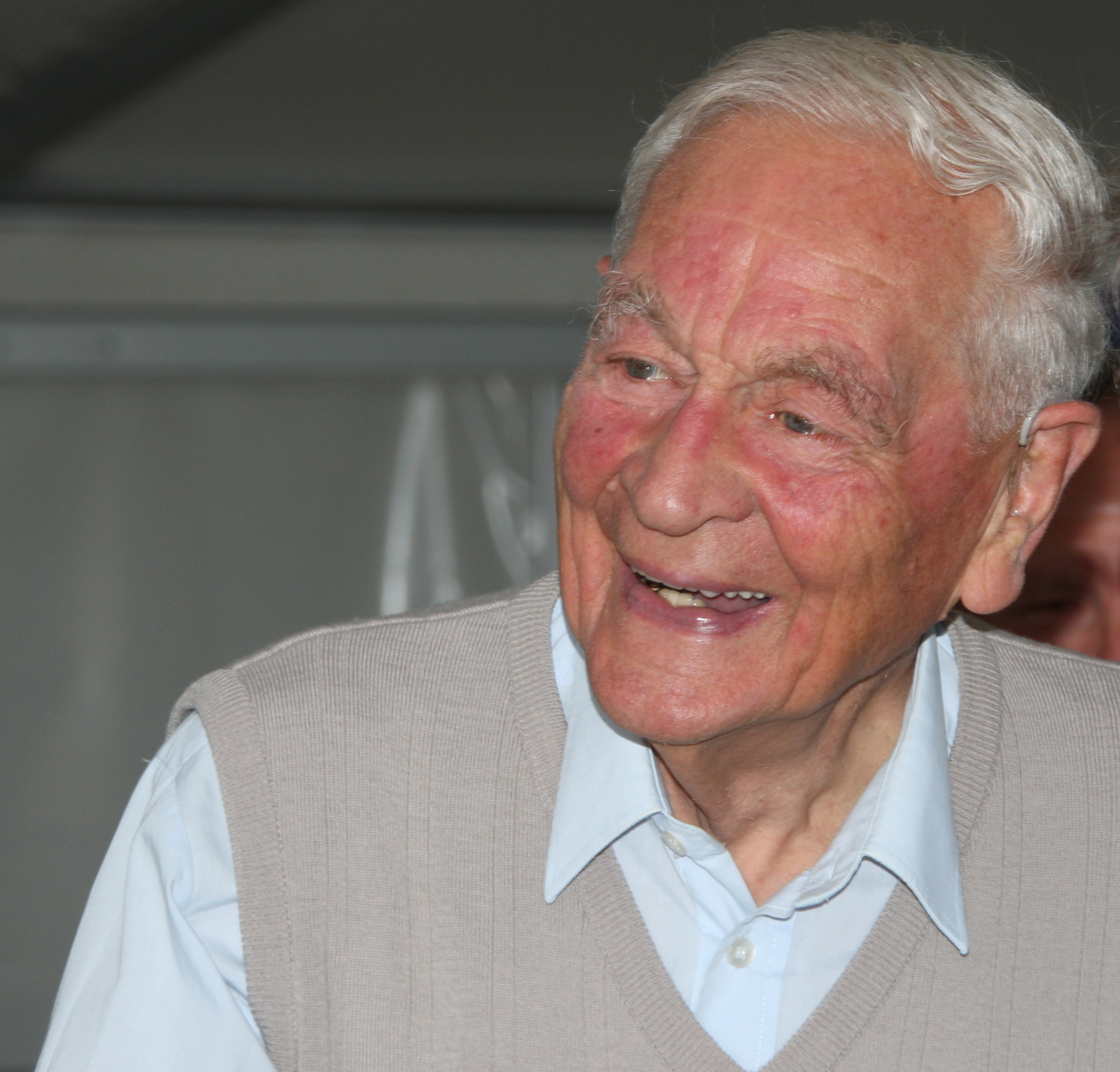 The gliding community and especially OSTIV have lost a lifelong enthusiast who made outstanding contributions in many areas that formed gliding and sailplane design into the shape we see today.

Already an active model aircraft builder and flier, Richard started gliding near Stuttgart and joined a gliding club in Dettingen unter Teck and soon became a member of Akaflieg Stuttgart as well. After his studies, he remained at the University of Stuttgart as a lecturer. Together with his friend Hermann Nägele, he designed and built the fs24 “Phoenix” sailplane, the first composite aircraft in the world. It was produced in a limited series and led directly to the Phoebus sailplanes. He oversaw, along with his friend Rudi Lindner, the serial production of these sailplanes at Bölkow company, which later became a part of MBB.  At Bölkow he focused on the development of early computer codes for engineering problems, eventually rising to head of the research department.

There, and later at the University of Stuttgart, he developed design and strength calculations for composites.  Inspired by an NACA report on the design of laminar-flow airfoils, he developed a unique and powerful inverse method for the design of airfoils, quickly extending the method from a cumbersome hand calculation to computers as soon as they became available.  His approach soon found international acceptance, which was further enhanced by his long collaboration with NASA. This conformal-mapping method for design was combined with his panel method for analysis and his integral boundary-layer method into the Eppler Airfoil Design and Analysis Code, known worldwide as simply the Eppler Code. He continually improved his code, incorporating the latest advances, and even wrote the definitive book Airfoil Design and Data, which sold out immediately. His method helped to boost the rapid development of laminar airfoils tailored to specific applications which led to today's high-performance sailplane airfoils.

His background as a mathematician enabled him to achieve these successes in aerodynamics but also to become head of Institute A for Mechanics at the University of Stuttgart and even Dean. He developed and published novel ideas and approaches concerning optimal nonplanar wing planforms, optimal glue joints, composite stress analysis, complex kinematics for aircraft control systems, load cases for certification and many more topics which are integral to the task of aircraft development.  Again avant-garde of computational fluid dynamics (CFD), he hosted a working group in his institute, that pioneered direct numerical simulation (DNS) of boundary-layer transition. The education of students was always particularly close to his heart. He established courses on fluid mechanics and airfoil design in his institute. He had a gift for explaining even complex subjects to students in an understandable and rousing manner. In his later years he shared his rich experience with the students of the airfoil design seminar offered at the University of Stuttgart.

He kept in touch with several new aircraft projects. Best known are his contributions to the development of the different Astir sailplane types of the Grob company, which eventually gave rise to the Strato 2C stratospheric research aircraft prototype. He also offered key inputs into other research aircraft like the fs26 “Moseppl”, a new approach for a simple and light motorglider, and the fs28 “Avispa”, a high-performance touring airplane having a pusher configuration, both projects of Akaflieg Stuttgart.

On the flying side, his enthusiasm for our silent sport was unbounded and contagious, and he was a regular visitor and participant at glider fields in Germany, the United States, and elsewhere around the world. In 1975 he achieved the second Diamond for his Gold C badge. In addition, he took part in discussions about optimizing and improving safety in day-to-day sailplane operations – his contributions to more efficient and safer winch launches have been studied internationally.

OSTIV has lost an active researcher and contributor who, among many other honors, received the OSTIV-Plaque with Klemperer-Award in 1963 (for his contributions to the development of laminar airfoils) and the OSTIV-Prize and Morelli-Award in 1995 (together with Hermann Nägele, Rudi Lindner, Eugen and Ursula Hänle, Ulrich Hütter and Wolfgang Hütter for the development of the first composite sailplanes). In recognition of his outstanding achievements in the field of aerodynamics and fluid mechanics, he received the Ludwig-Prandtl-Ring, the highest award of the German Aerospace Society, in 2006.

Our thoughts are with his family and friends and many will remember this always interested and motivated and so supportive member of our gliding family.